The Pensacola Bay Area owes a great deal to our military. Since the creation of Naval Air Station Pensacola in 1914, we have enjoyed the distinction of being a true military-friendly community and fondly regarded as the “Cradle of Naval Aviation” by generations of naval aviators.  Throughout the years, the Pensacola community has embraced the military members stationed aboard NAS Pensacola, and, in return, those young men and women have devoted thousands of volunteer hours back into the community giving to those most in need.  As these service members leave Pensacola to other duty stations around the world, often in harm’s way, they carry the message that in Pensacola, we sincerely appreciate their sacrifices.  To that end, May has been set aside as Military Appreciation Month (MAM) allowing the entire community to focus on saying “thank you.”

THANK YOU TO OUR 2020 SPONSORS 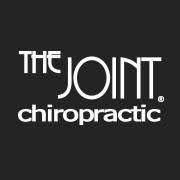 In the month of May, we partner with the Pensacola Blue Wahoos Baseball Team to provide a fun night at the ballpark for many of our military members as we feature our local military commands.  We provide free tickets to as many active-duty members as possible. Thank you to those companies & individuals who sponsored tickets and helped us say “thank you” to those who give so much.